Be patient for 1st page loading....its the longest loading.
If you don't have directory buttons on the left click here

WE ARE NOW IN WASHINGTON
and READY TO SERVE YOU! 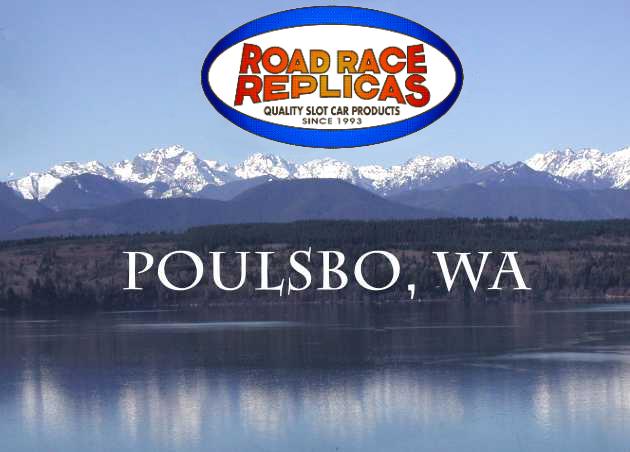 Poulsbo is a charming Norwegian fishing village located on the
northern Kitsap penninsula just 10 minutes from the downtown Seattle ferry
and to the West is the Hood Canal backed by the Olympic Mountains.


We are STILL HAVIN' FUN IN WASHINGTON...
Covid19 still hung around this year too, so we didn't get to too many public parks,
but we had fun even hanging around our place in Poulsbo in 2021. 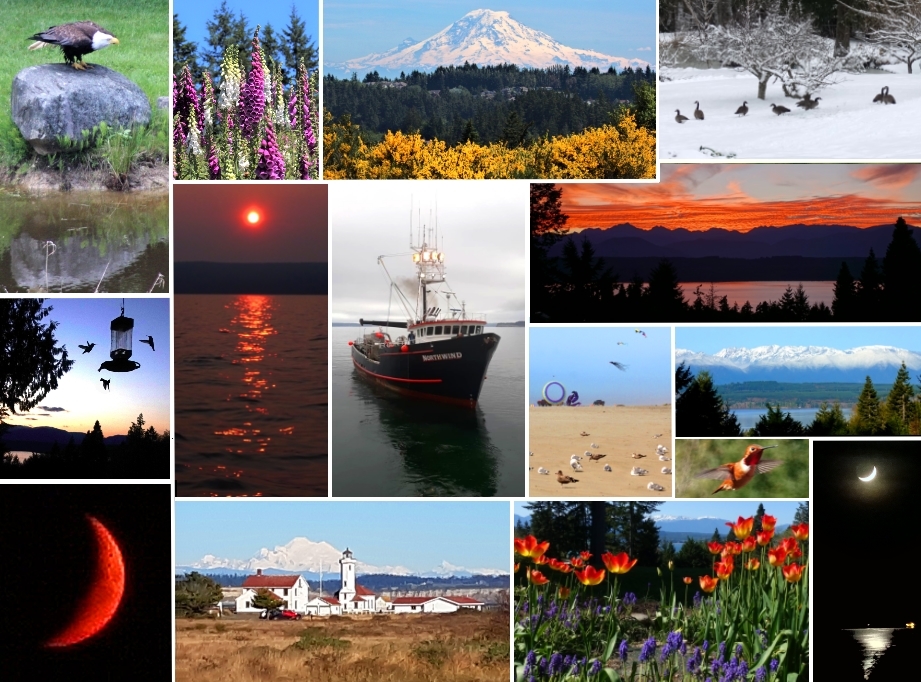 Are you interested in our move out here?
September 2011, I sold my house of 25 years in Missouri and
moved to Whidbey Island located NW of Seattle to setup a
temporary location until we found our new home in Poulsbo, WA.
It has friendlier weather and beautiful vistas everywhere. 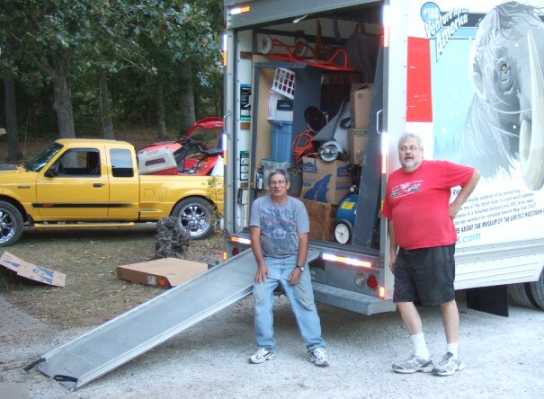 A friend and his wife helped us moved my wife and me in a long 4 day trip.
We started our 2,125 mile trip in SW Missouri and made it to Lincoln NE the first day.
I followed in my yellow Ranger pickup loaded with the lawn mower, my wife and our cat. 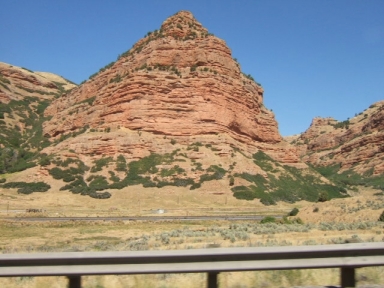 The second day was to Rawlins, WY.  Not much there or anywhere until the Seattle Cascade mountains! 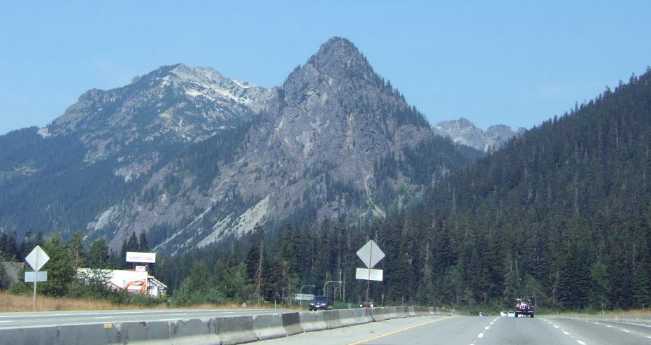 We did finally see some interesting terrain once we arrived into the Ogden UT area, but it was brief.

Feeling much better after a restop.

Oregon was surprisingly desolate too!
Our 3rd day we stayed out longer and made it to Baker City, OR.

Finally, we crossed the Columbia River into Washington the last day, then to Seattle, and up onto Whidbey Island, WA.

Whidbey Island, WA as well as, Fidalgo Island have been in the top 5 places to retire
in the US for the last several years now.  I'm not lucky enough to retire yet,
but hey, why not go for at least a taste!
Both above and below pics were taken from our back porch. 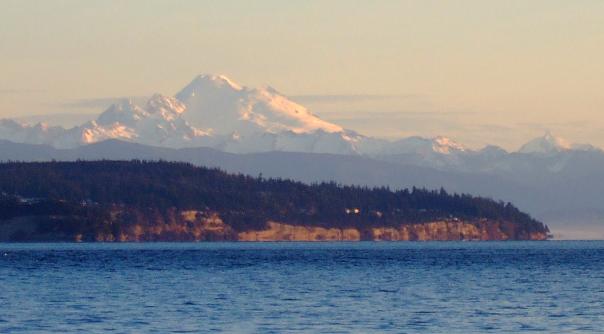 The northern Puget Sound area has beautiful weather,
rarely has snow, or ice and rarely gets below 30 degrees in the winter.
It has zone 8 weather, same as the southern coastal states but without the heat.
No tornadoes; No Hurricanes; No ice storms; No bugs;
Summers are a moderate 70+ degrees making it a great place to live.
Because it is located in the rain shadow of the Olympic Mtns. we only receive 20-30" of rainfall a year
(most areas in the midwest will have 40-45" of rain avg. a year).
Locals want me to take this page down because so many people are moving here! 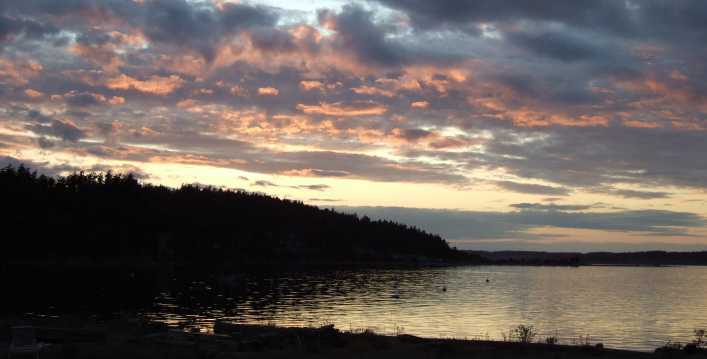 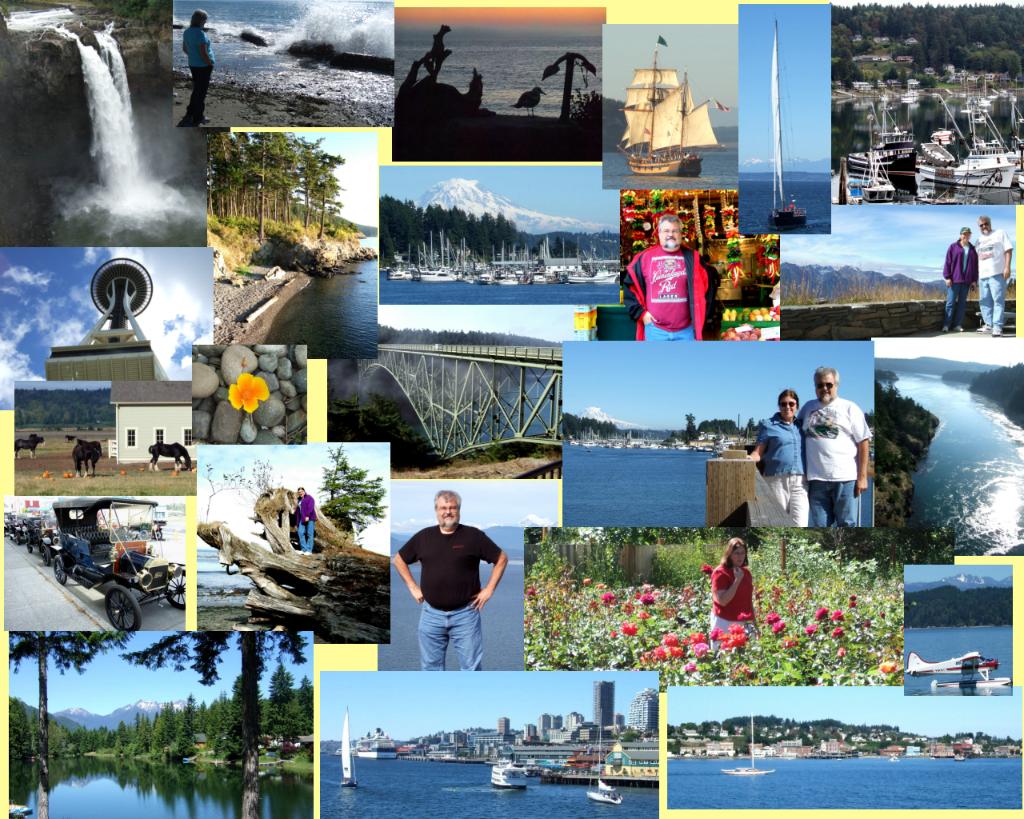 Road Race Replicas only shut down for 1 week during travel time out here
and was up selling, making parts and shipping the very next week.
All cabinets, inventory, shelves were simply wrapped in palette wrap (like large Saran-wrap)
and loaded onto the truck.   After unloading, we simply
cut the wrapping and were ready to go again.
We rented in Coupeville for 4 months as a temporary location until
we moved to our NEW permanent home in Poulsbo WA.


Even with Covid19 and a lot of Park closures, we still managed
to take in some sites around Washington during 2020. 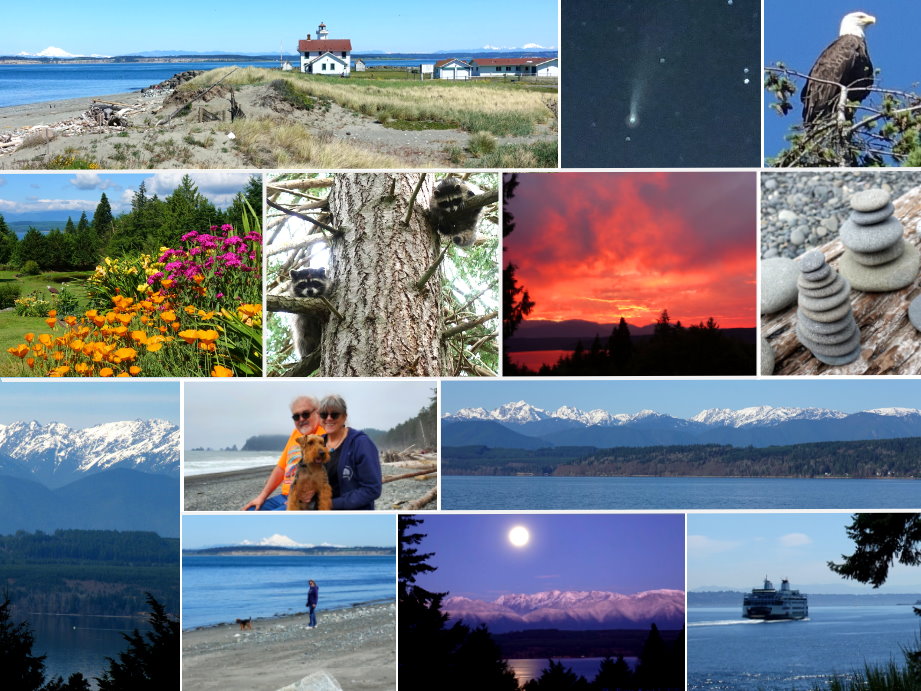 Images of fun travels in 2018 we made.
Our dog is no longer a pup and travels everywhere with us now. 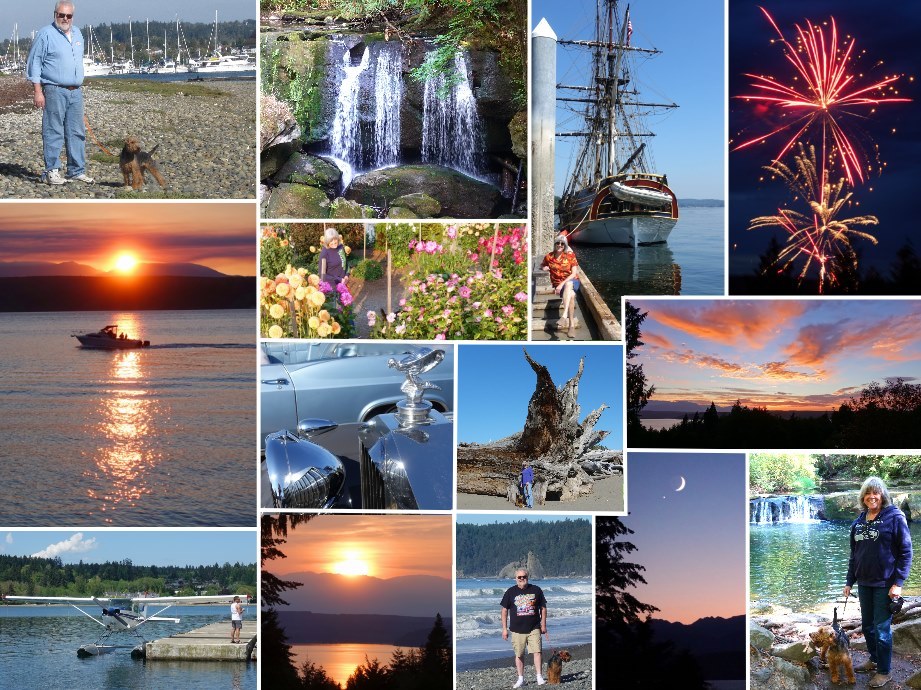 2017 images we had from this year.
We added a new pup to our family too. 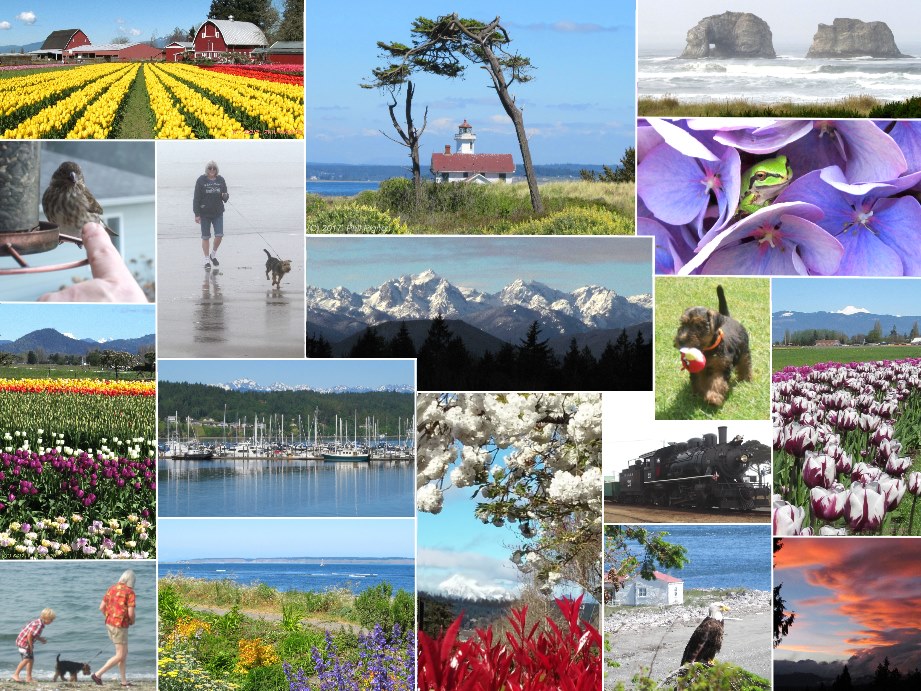 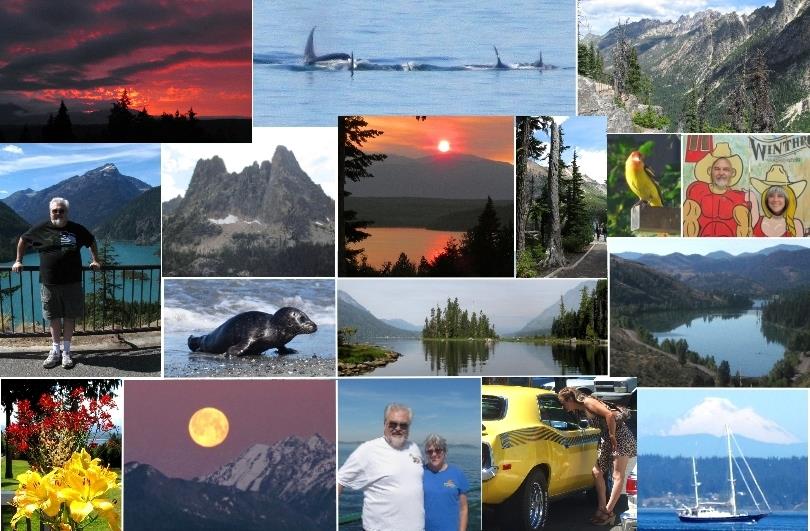 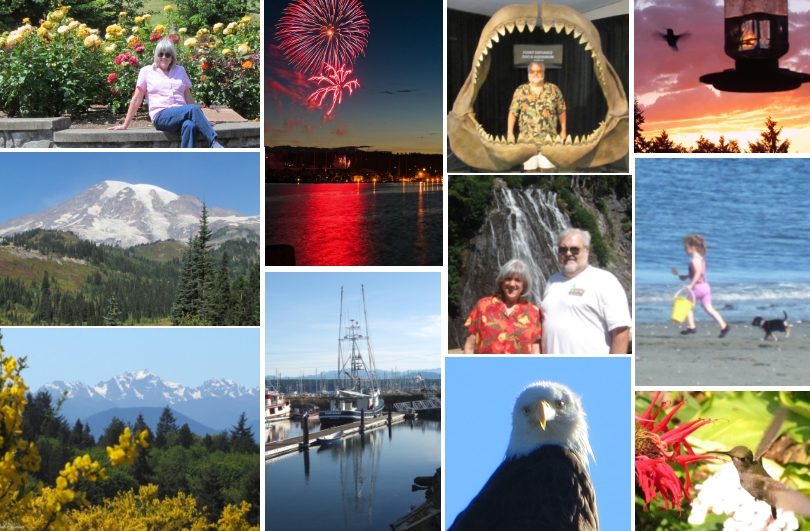 I thought it would be tough to beat 2013 for sunsets, but in 2015
the sunsets were like a freight train...they just kept coming one after the other.
The one sunset on the top left was from a wind shift and the big fires in central WA blew
the smoke back over the Cascades and over the top of us to create that eerie sunset. 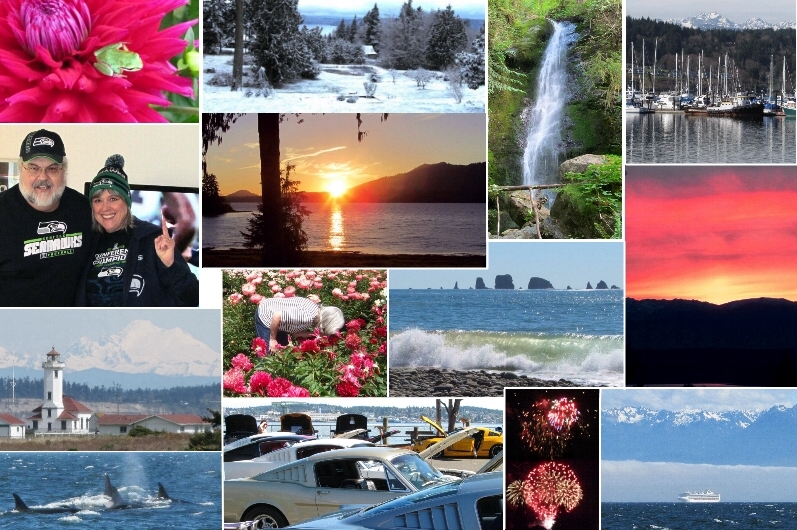 In 2013 we did even more (shown below) plus had visitors most all of the summer!
I feel like I've been on vacation since we've moved here! 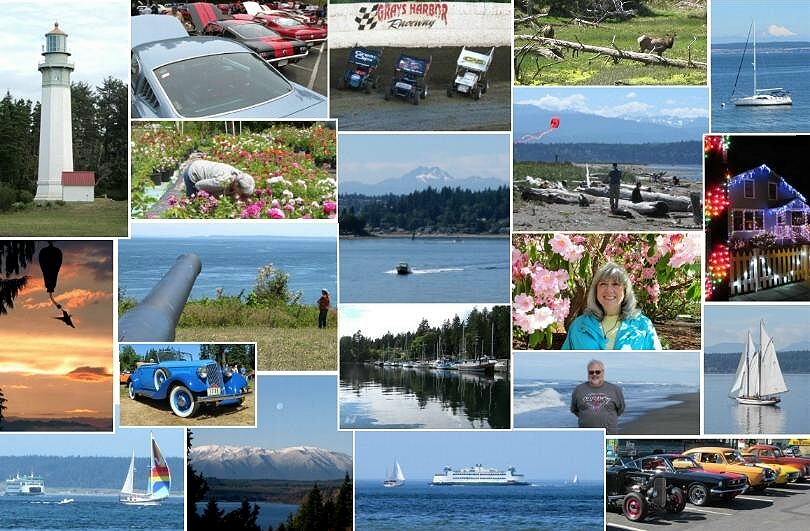 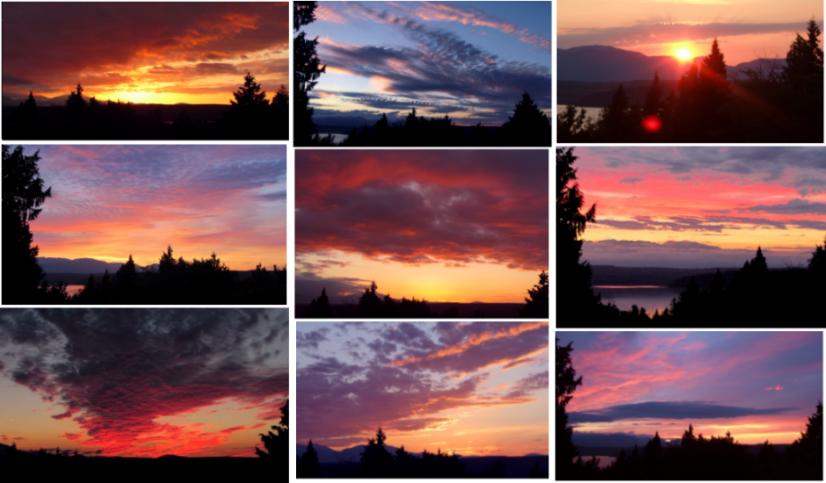 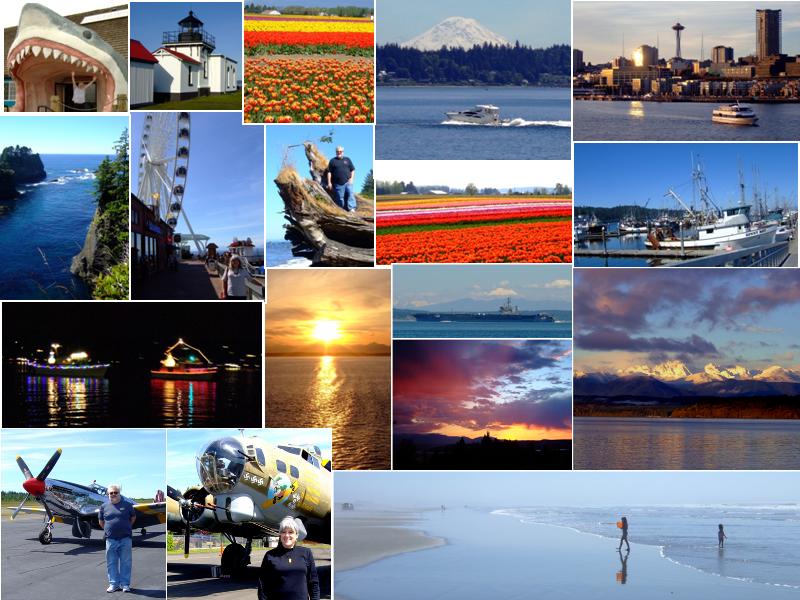 Made here in the USA